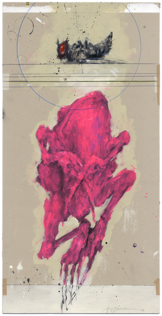 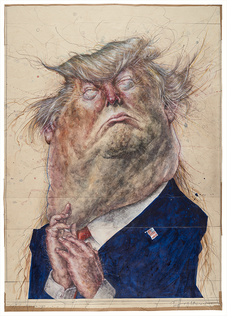 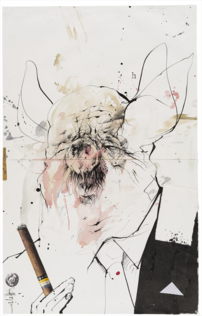 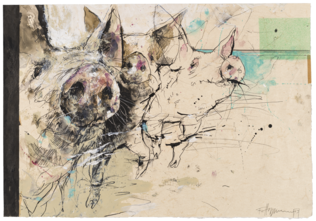 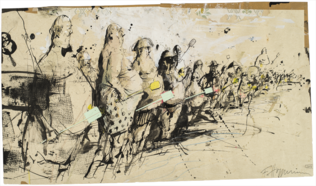 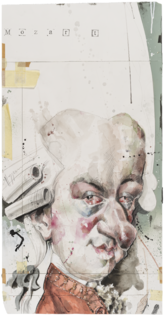 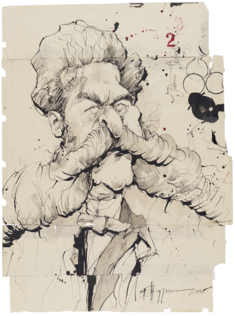 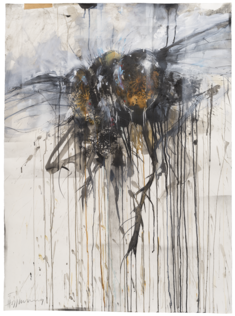 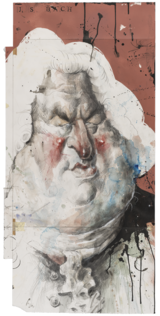 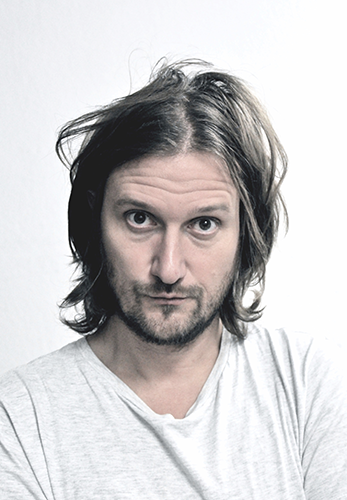 Frank Hoppmann was born in Lingen/Ems in 1975. After receiving his A levels in 1994, he studied design with a focus on drawing, illustrations and printed graphic at the University of Applied Sciences in Münster.

In 2005 he received the e.o.plauen advancement award. There he also met the illustrator Tomi Ungerer for the first time.

In 2008 F. W. Bernstein invited him to take part in the anniversary exhibition in honour of Bernstein's 70th birthday.

In the fall of 2012 he was honoured with a book volume from the series »Meister der komischen Kunst« (Master of comic art). This collection portrays the most influential German-speaking artists who have followed, explained and recorded – with all due seriousness – the comical aspects of both current events and our society with pen, paintbrush and the power of parlance since 1950.

In 2015 Hoppmann illustrated his first children’s book, which was a joint project. The concept came from the Jewish painter Felix Nussbaum who was killed in Auschwitz.

He has worked for the Rolling Stone magazine and DIE WELT/DIE WELT AM SONNTAG for ten years. His illustrations appear monthly in manager magazine and he has had an assigned page in the satirical magazine EULENSPIEGEL for more than 17 years. Other publications in stern, die Süddeutsche Zeitung and others. He has received many awards, e.g. the German Cartoon Award (Deutscher Cartoonpreis).