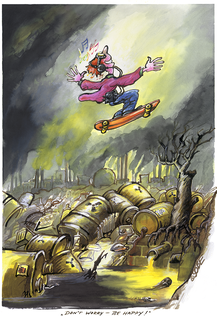 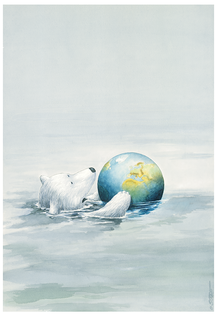 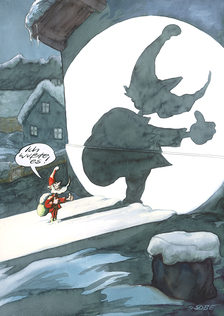 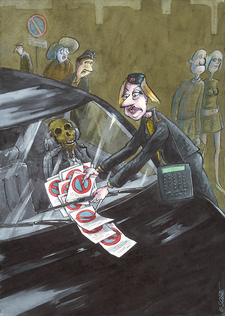 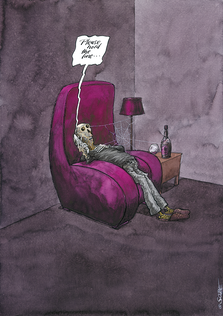 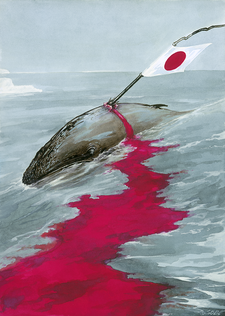 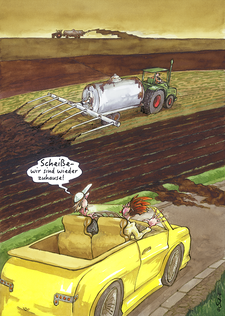 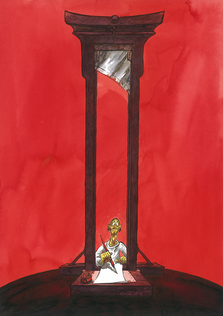 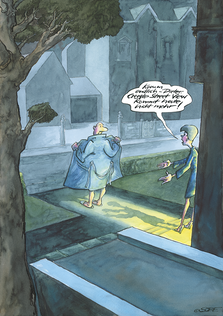 His »twin« SOBE was first born in 1981 during a trip to Yugoslavia (midwifery or finding one’s name: SOBE vacant = vacant ROOM in many private accommodations) to serve as a pseudonym/signature for his caricatures and cartoons as well as a dissociation from his job in advertisement from then on.

He completed his graphic design studies with a teachers degree but went on to work in different international advertisement agencies.

He has been a freelancer since 1981, has lived in Edewecht near Oldenburg since 2007 and now works as a cartoonist, painter and writer. SOBE regularly publishes in the magazines Nebelspalter and EULENSPIEGEL.

His works have been presented in many solo exhibitions such as at the Cartoon&Karikatur-Museum Basel, Deutsches Fleischermuseum Böblingen, Palais Rastede or the Wegemuseum in Wusterhausen/Dosse.

A large number of the motifs we offer are still available as original artwork. A corresponding note can be found in the description of the respective motif. If you have any questions, please send us an e-mail via post@gvdkunst.de or simply click the button.